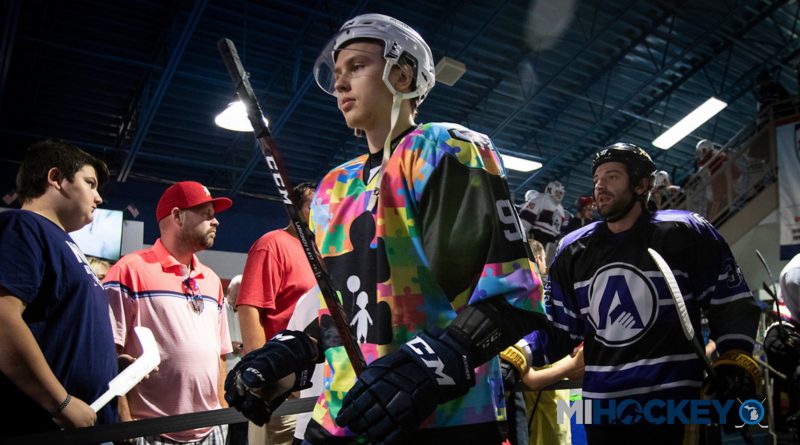 On Wednesday, the Windsor Spitfires announced that forward Igor Larionov Jr. would be leaving the team to play juniors in the U.S.

Turns out, he’s going to be playing for the USHL team in his home state.

The Bloomfield Hills native will be joining the Muskegon Lumberjacks for the rest of the 2018-19 season.

In doing so, he will be playing for his former youth hockey coach; Mike Hamilton was the coach of Larionov’s Honeybaked ’98 squad that captured multiple MAHA state titles.

“I felt that in order to continue my development as a hockey player, my best option was to come to Muskegon,” Larionov told MiHockey. “I’ve always had a great relationship with Mike Hamilton and am very excited to work with him again.”

He will not be in the line-up for the Lumberjacks this weekend, but he is in the process of moving to Muskegon.

In 2016-17, Larionov played for the Quebec Remparts of the QMJHL. Last season, he joined the OHL’s Spitfires, where he recorded 23 points in 32 games.

The son of the Hockey Hall of Famer and former Red Wings star is more than used to moving around; he is a dual citizen, after all. However, he said he is glad he can return to the Great Lakes State for this hockey season.

“I’m very excited,” he said. “I lived all over the place growing up, but I always considered Michigan to be the one place in the U.S. that is truly my home.

“It’s a great feeling to be back.”