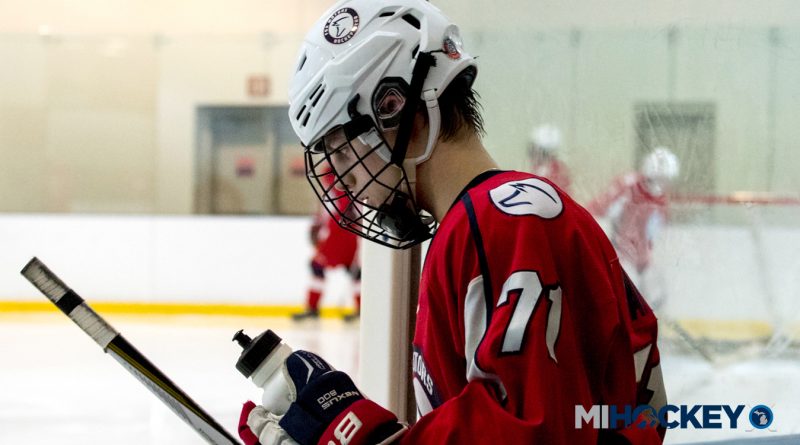 Trevor Adams is one step closer to living out one of his hockey dreams.

The Muskegon native announced over the weekend that he has committed to Air Force, securing a spot with college hockey program that will certainly set him up for success away from the ice, as well as on it.

“I chose the United States Air Force Academy because of the full package that the academy provides with its successful hockey program and the strong academics,” Adams told MiHockey. “It really felt like the right fit for me as a person and player.”

A product of Mona Shores High School and the Fox Motors AAA program, Adams spent the 2017-18 campaign with the Salmon Arm Silverbacks of the BCHL. There, he logged 26 points in 55 games as a junior league rookie.

Adams is slated to join Air Force for the 2019-20 season, and he said he can’t wait to start competing in the Atlantic Hockey conference.

“Playing college hockey has been a dream of mine since I was a little kid playing in the driveway and it’s crazy to see it come true now,” Adams said. “I am beyond thankful for this opportunity and am excited for the future.”