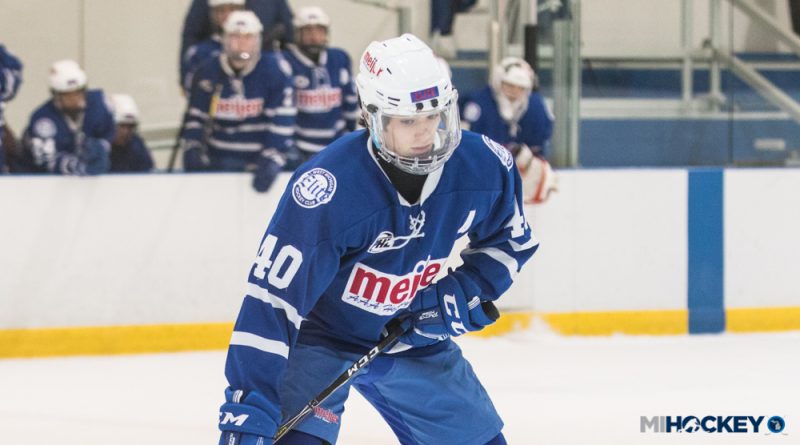 The case of Bryan Huggins is no exception.

When asked why he selected the Lakers, he referenced two of his own coaches rather familiar with Sault Ste. Marie.

“I really like the campus and the idea of a smaller school and smaller classes was more ideal for me,” Huggins told MiHockey. “The coaches have very good statuses. Also, Brian Felsner, my old Belle Tire coach who billeted me, played there, and also one of my current coaches, Brandon Reed, played there as well.”

Huggins spent the 2017-18 season with the Meijer Hockey Club 16U squad, and he certainly caught the eye of scouts while recording 10 points in 55 games. He was selected in the 10th round of the OHL Draft by the Erie Otters, and then, one month later, Huggins was chosen by the Omaha Lancers in the sixth round of the USHL Futures Draft.

He said he’s looking forward to suiting up for WCHA games with the Lakers.

“I’m excited to play college hockey because that has been one of my main goals for as long as I remember.”