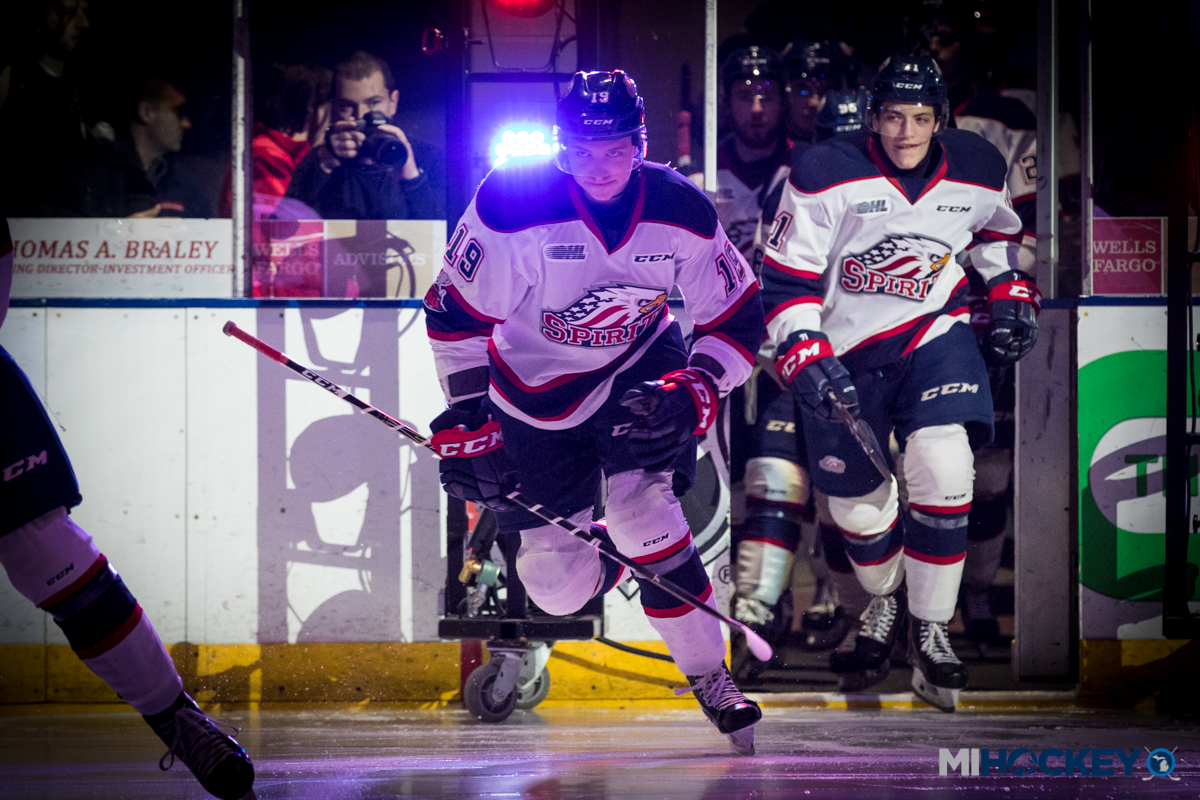 The Ontario Hockey League announced its rookie of the year and all-rookie teams for the 2017-18 season today, and there are Michigan names throughout.

Andrei Svechnikov, a Muskegon Lumberjacks alum and brother of Red Wings prospect Evgeny, was named the league’s rookie of the year. Regarded the No. 2 prospect in the upcoming NHL Draft, Svechnikov posted 72 points in 44 games this season with the Barrie Colts.

Mack Guzda, a Honeybaked alum, was the first-team selection between the pipes; the Tennessee native posted a 14-6-2-2 record with a 3.20 goals-against average and one shutout.