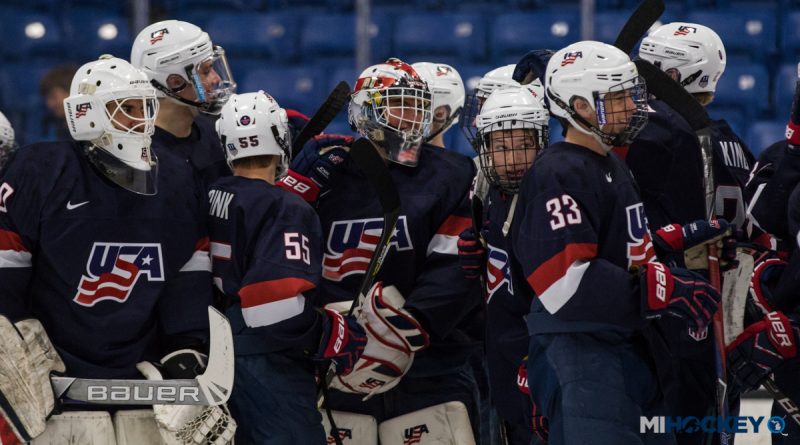 There’s going to be more NTDP hockey at USA Hockey Arena this spring.

Whether it’s this round or the next one will be decided Friday evening.

“It was a complete team effort,” head coach John Wroblewski said after the game, via team release. “We came out and dictated the pace in the first period.”

If a Game 5 is needed, that would be played Sunday afternoon in Plymouth.

Judd Caulfield and Erik Middendorf scored regulation goals for the NTDP in the Game 3 win; Cameron Rowe made 33 saves for his second win of the postseason.

“Chicago tilted the ice on us and we needed Cam Rowe to stand on his head and he did,” Wroblewski said. “Our scoring has continued to come from multiple sources which must remain a theme.”

The Steel forced overtime when Robert Mastrosimone scored with one minute left in the third period to even the score at 2-2.