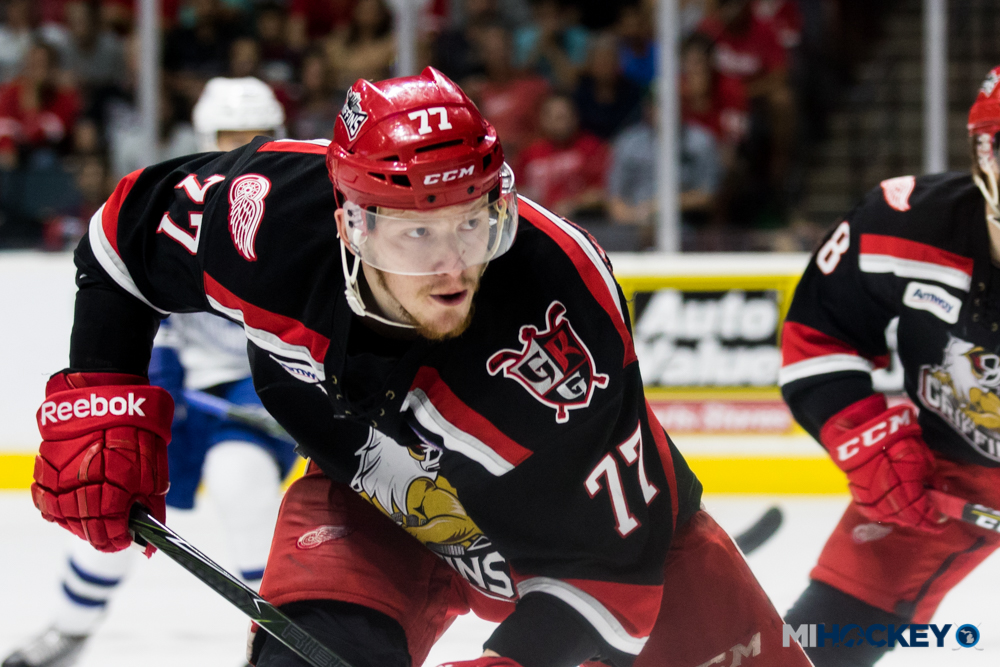 One of the Red Wings’ top prospects is on his way to Detroit from Grand Rapids.

The Red Wings have recalled Evgeny Svechnikov from the Griffins under emergency conditions, due to an injured Frans Nielsen.

Detroit’s first-round pick in 2015, Svechnikov has 22 points in 52 games for Grand Rapids this season.

Last year, as a AHL rookie, he posted 51 points in 74 games, playing a substantial role on the Griffins’ Calder Cup championship run.