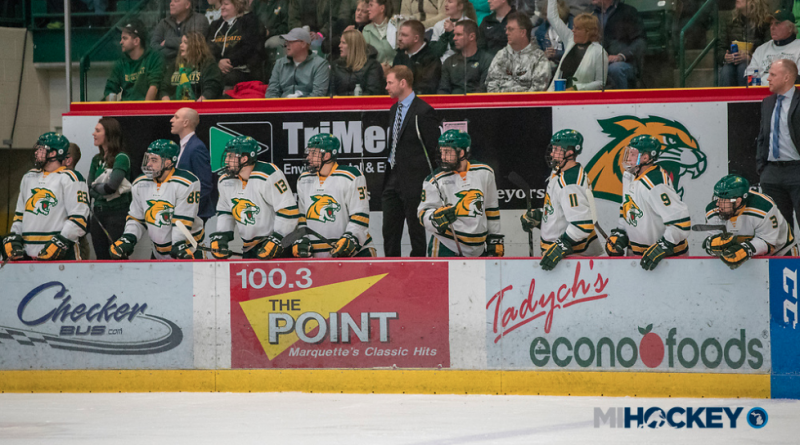 Potulny has agreed to an eight-year employment agreement, per NMU director of athletics Forrestt Karr in a release from the school.

The agreement is effective immediately, and extends through June 30, 2026.

Potulny is receiving a raise to a total of $285,000 per season plus stipends, expenses and performance bonuses.

We are constantly striving to be among the nation’s elite programs,” said Karr. “I believe in our coaching staff and this agreement is another reflection of Northern’s commitment to continued success.”

The raise and extension comes on the heels of a coaching shift in Minnesota; Bob Motzko left St. Cloud for the University of Minnesota. The Wildcats have locked up their bench boss – a national coach of the year finalist – in the midst of some program reshuffling in a state Potulny played and coached in for 12 seasons.

Potulny, 38, is nominated for the 2018 Spencer Ponrose Award, which is given to the most outstanding coach in college hockey each season. He was named the WCHA’s coach of the year after leading NMU to a second-place regular-season finish and an appearance in the WCHA championship game.

“I would like to thank President Erickson, Athletic Director Karr and the NMU Board of Trustees for their continued support of our hockey program,” Potulny said. “From day one, the university’s commitment to excellence has allowed our program to function at a high level. With this renewed support, our program is in a great position to compete at the highest level for years to come. I could not be more excited for the future of Wildcat Hockey.”