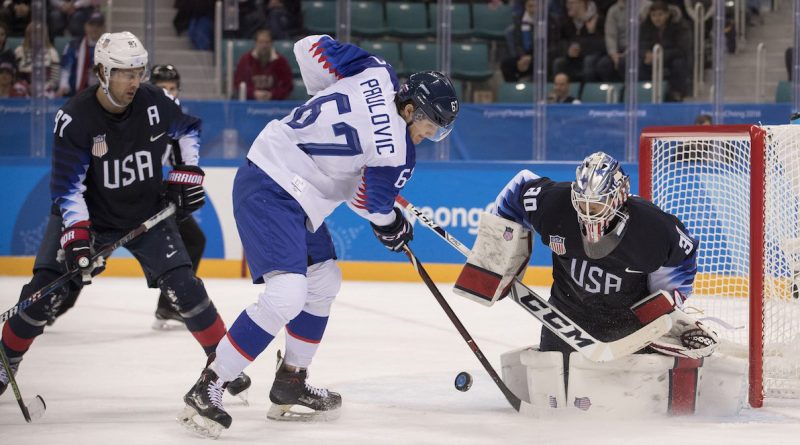 The U.S. Olympic Men’s Ice Hockey Team is officially in the win column.

Harvard’s Ryan Donato scored both of the goals for the Americans, while Ryan Zapolski made 21 saves in the victory.

“We had good energy from all four lines and Zapolski made big saves when he had to,” said head coach Tony Granato, via USAHockey.com. “It was a great atmosphere with the American presence here and we’re thankful for the terrific support. Overall, I liked the way we played. We took a step forward today and we look forward to our game tomorrow night.”

Both of Donato’s goals came on U.S. power-play opportunities.

Jim Slater – Did not dress

Highlights from the U.S. Men’s Team’s win over Slovakia. #WinterOlympics

In the latest edition of their storied rivalry, Team Canada prevailed over Team USA in a preliminary-round contest between the two women’s programs at the 2018 Games.

“We played extremely hard and put a lot of pucks to the net,” said head coach Robb Stauber. “We outshot a great team, and at the end of the day we needed to get one more. We believe this team is ready for a breakout.”

The good news is that Team USA (2-0-0-1) had already punched its ticket to the semifinals; they will await the results of the quarterfinals and prepare for a game on Monday.