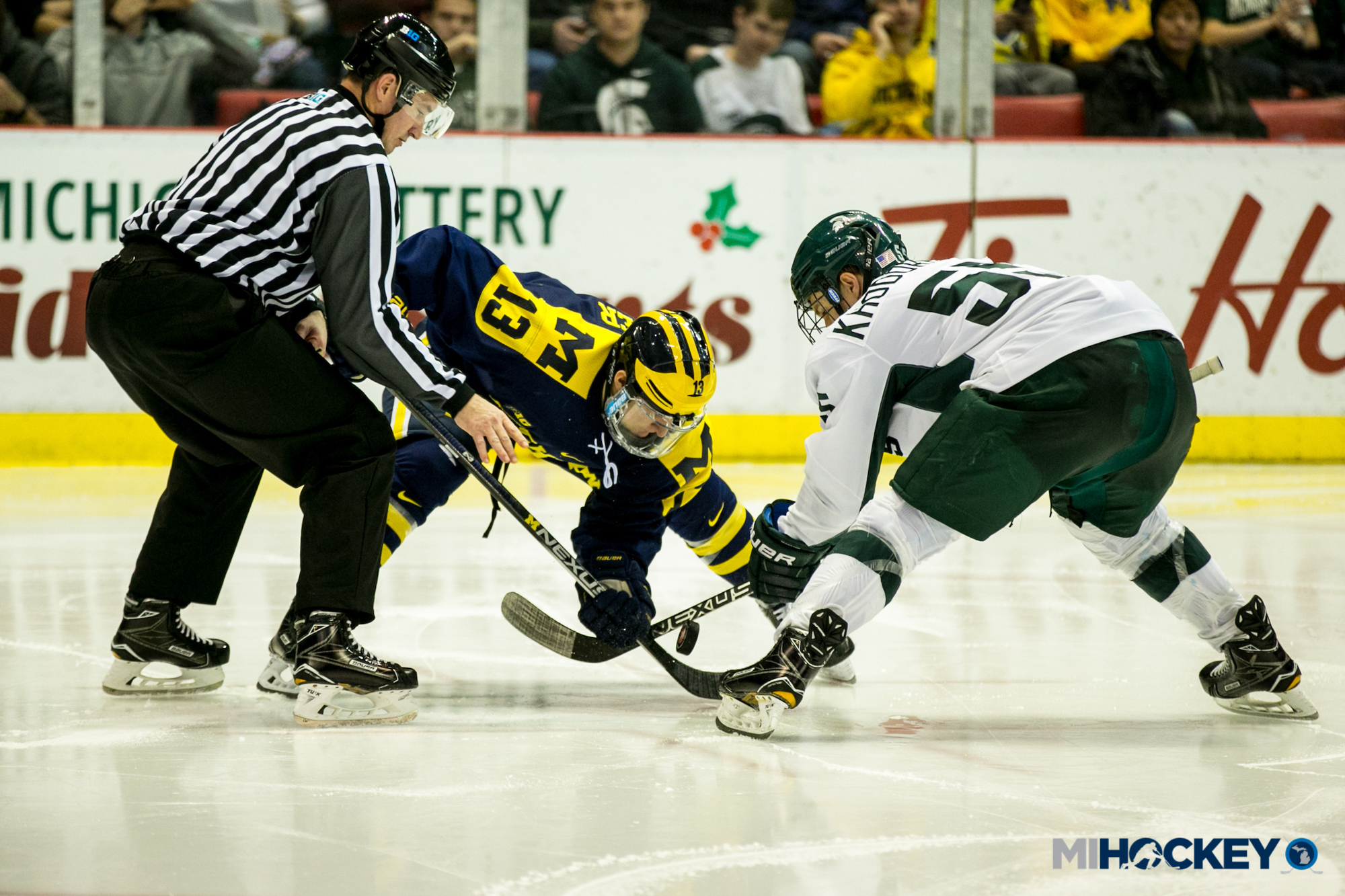 For Wolverines fans, it’s bring on the Badgers.

For Spartans fans, it’s a trip to Buckeye country.

Michigan finishes No. 3 in the Big Ten, which means the Wolverines will host No. 6 Wisconsin for a best-of-three series at Yost Ice Arena next weekend for the Big Ten quarterfinals.

The Spartans, meanwhile, will be the No. 7 seed, and they’re traveling to Columbus for a best-of-three series with the No. 2 seed Buckeyes.

The non-Michigan quarterfinal will pit No. 4 Penn State against No. 5 Minnesota in Happy Valley.