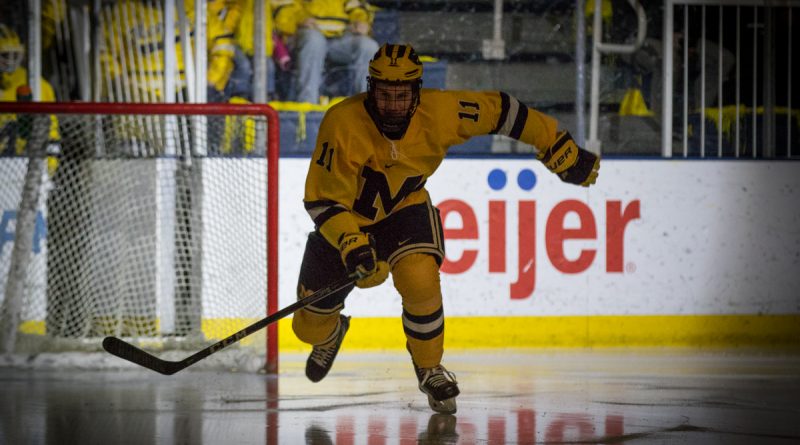 After big weekends, a pair of Michigan natives have landed on this week’s Big Ten weekly stars list.

Carleton native Brendan Warren – a sophomore forward for the Wolverines – was named the conference’s first star after he helped Michigan to a weekend sweep at Minnesota.

The pair of wins gave the Wolverines the program’s first sweep in Golden Gophers country since the 1976-77 season.

Warren scored twice in Friday’s 5-3 victory – including the eventual game-winner – then he scored again in Saturday’s 3-1 win.

The Clarkston native – who has now received four weekly awards in his rookie season – recorded the game-winner in Friday’s 2-0 win.