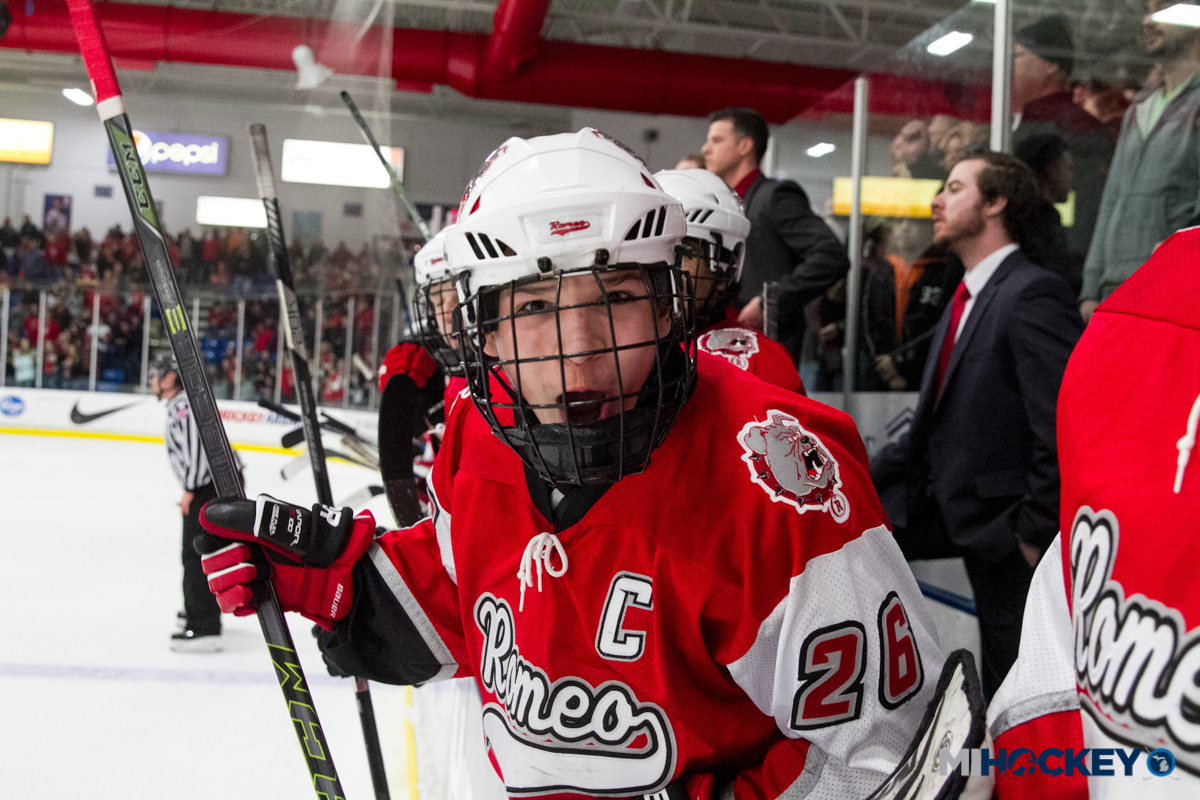 Turns out, he’s not done making hockey memories in his home state.

The Washington, Mich., native – currently skating in the Alberta Junior Hockey League – announced today that he has verbally committed to the University of Michigan.

“I chose Michigan because of the long success the hockey program has had and how the academic side of the university will set me up for a successful future,” Blankenburg told MiHockey.

The Okotoks Oilers forward has 24 points in 33 AJHL games this season.

As a captain of the Bulldogs in 2014-15 season, he helped guide Romeo to an emotional state title victory at USA Hockey Arena – 4-2 over Livonia Stevenson – on March 12, 2016. He was a first-team all-state selection after posting 67 points in 30 games.

In 2016-17, he skated with the Victory Honda 18U team that finished second in the state before starting his junior career this season.

“I’m excited to have the opportunity to play in the Big Ten and am really looking forward to many cool experiences and memories I will have along the way,” Blankenburg said.