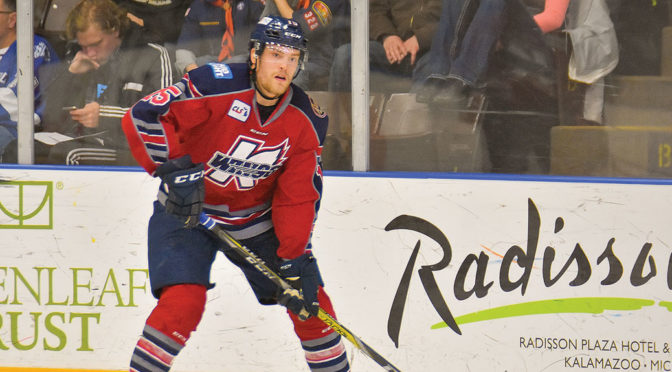 The Michigan Tech alum summoned his King of Pop dance moves, breaking out into full moonwalk dance move on his way towards center ice.

Check out the video from the ECHL:

Kattelus, 30, is in the midst of his seventh season with the K-Wings.

The celly is already making the rounds online, landing on the radar of TSN’s BarDown, among others.

.@ECHL defenceman comes through with the goal celebration of the year as he pulls off a fantastic moonwalk. VIDEO @ https://t.co/iSRJCXRBHz pic.twitter.com/ElR0BKLJJl

Eric Kattelus: King of the celly

…. and it’s not even close. pic.twitter.com/wColPwG41T