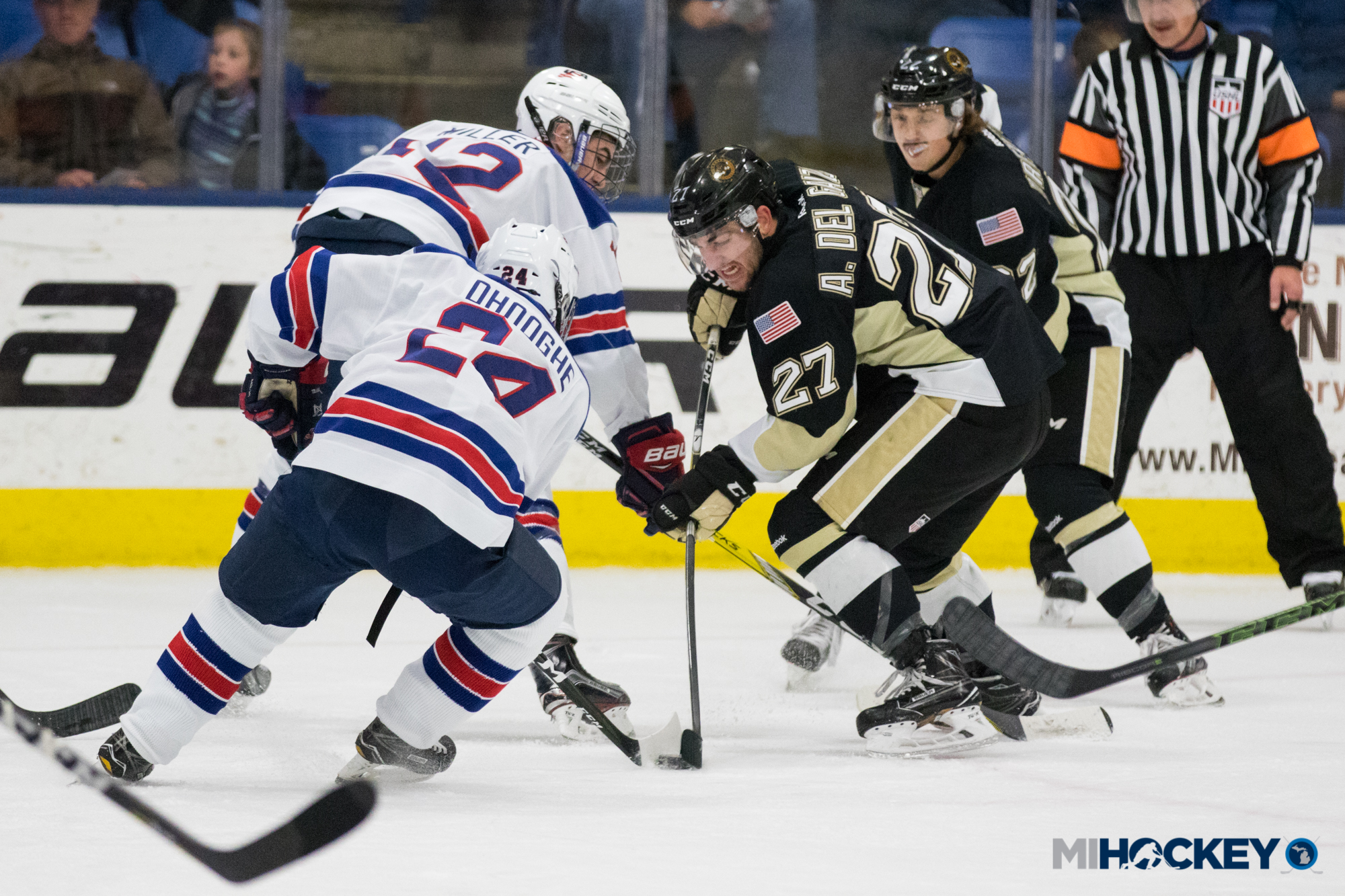 The USHL has released its 2017-18 season schedule, which means we now know when and where the Muskegon Lumberjacks and USA Hockey’s National Team Development Program will renew their in-state rivalry.

The two Michigan-based programs will meet seven times throughout the next hockey campaign.

The NTDP will travel to Muskegon for the first of the seven showdowns on Oct. 14.

After a two-month break, Muskegon will make its first appearance at USA Hockey Arena in Plymouth, taking on the NTDP on Dec. 19.

Here’s the breakdown of all the match-ups (the USHL schedule doesn’t specify whether the game will feature the NTDP Under-17 Team or Under-18 Team):