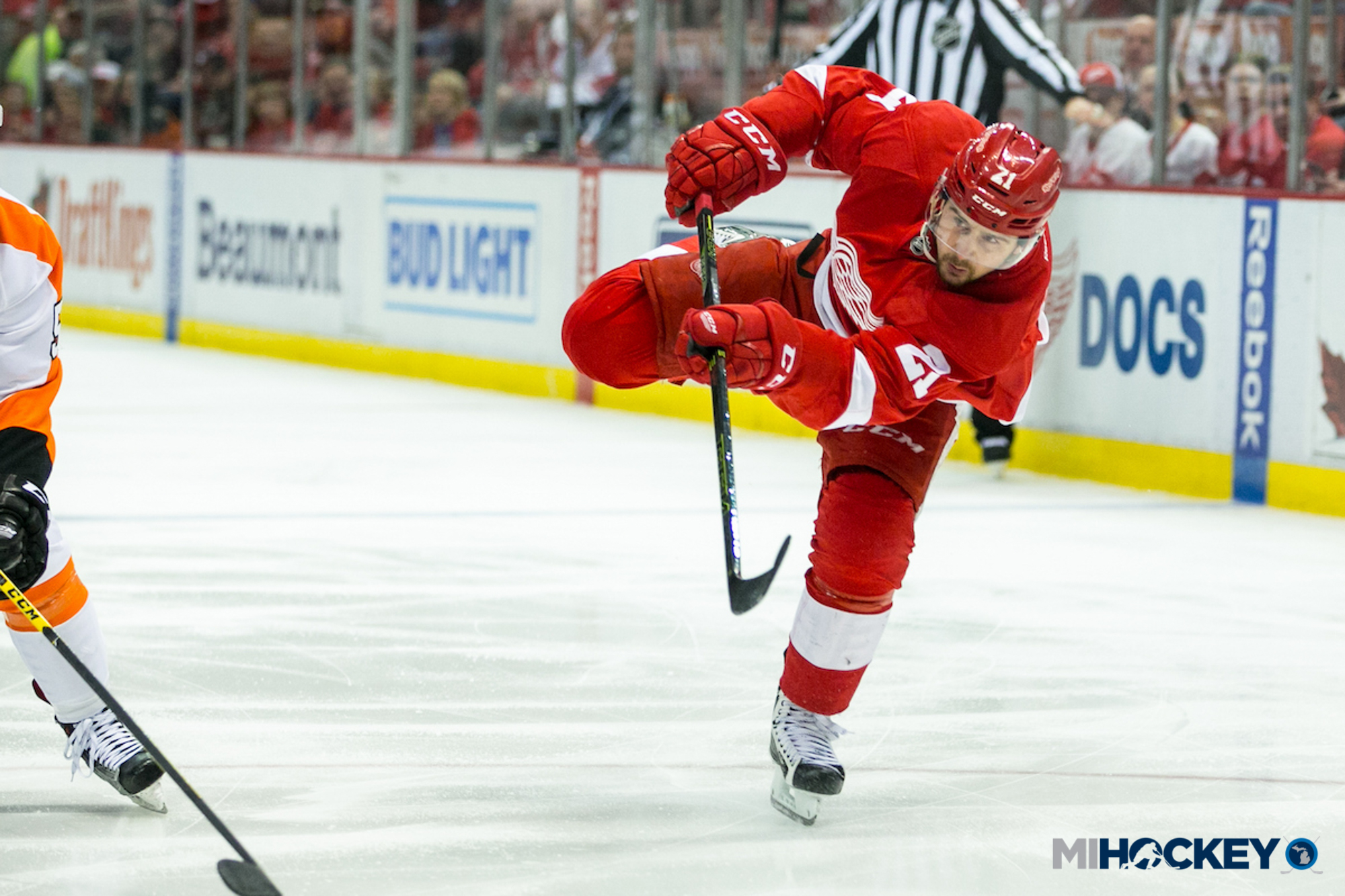 Today, the National Hockey League Players’ Association announced the restricted free-agent players who have elected for salary arbitration in contract negotiations with their NHL clubs.

Tomas Tatar has filed; he’s the lone Red Wings player on the list.

Other Michigan names who have filed for salary arbitration include Austin Watson, Reid Boucher and Connor Hellebuyck.

Tatar, 26, wrapped up his fourth full season with the Wings in April; he recorded 25 goals and 21 assists for 46 points in 82 games.