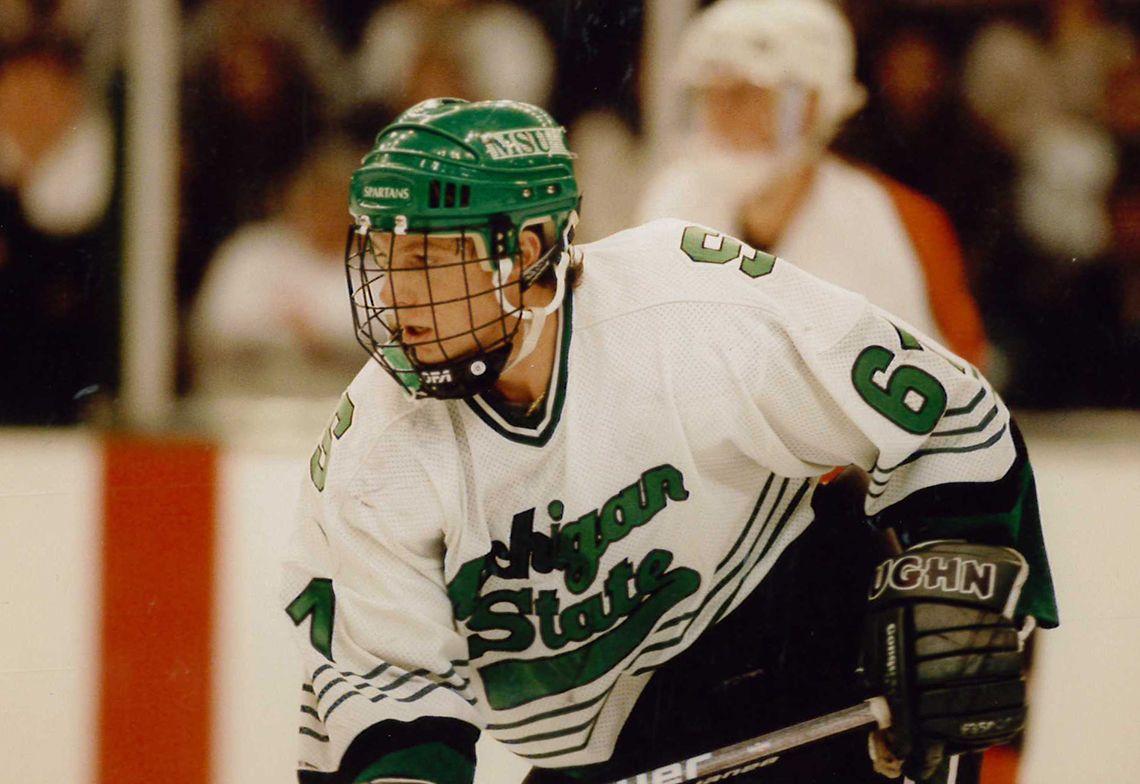 Mike York is heading to the Soo.

York and Whitten played together for two seasons at Michigan State; York worked as a volunteer assistant coach for the Spartans last season after concluding his pro career.

“We are thrilled to welcome Mike, Aimee, and Ivy to Sault Ste. Marie and to Lake Superior State University,” Whitten said in a release. “Mike’s experience as a two-time NCAA All-American, Olympian and NHL all-star will be a tremendous asset in the development of our players. Along with his accomplishments on the ice, Mike brings a work ethic and humility that will aid us in our continued growth as a program. As a coach we are always fighting to provide our student athletes with the best resources and any edge that helps them grow. We’re excited for our current and future players to have Mike bring his experiences and over 550 NHL games to Laker hockey.”

York recorded 322 points in 579 NHL games; he also played one year in Finland and five years in Germany. His German club, the Iserlohn Roosters, retired his number at the conclusion of his career.

“I am extremely excited to join the coaching staff at Lake State. The Laker program has always had a great tradition,” York said. “The players, the campus and Sault St. Marie community are passionate about hockey, and I am eager to get started.”