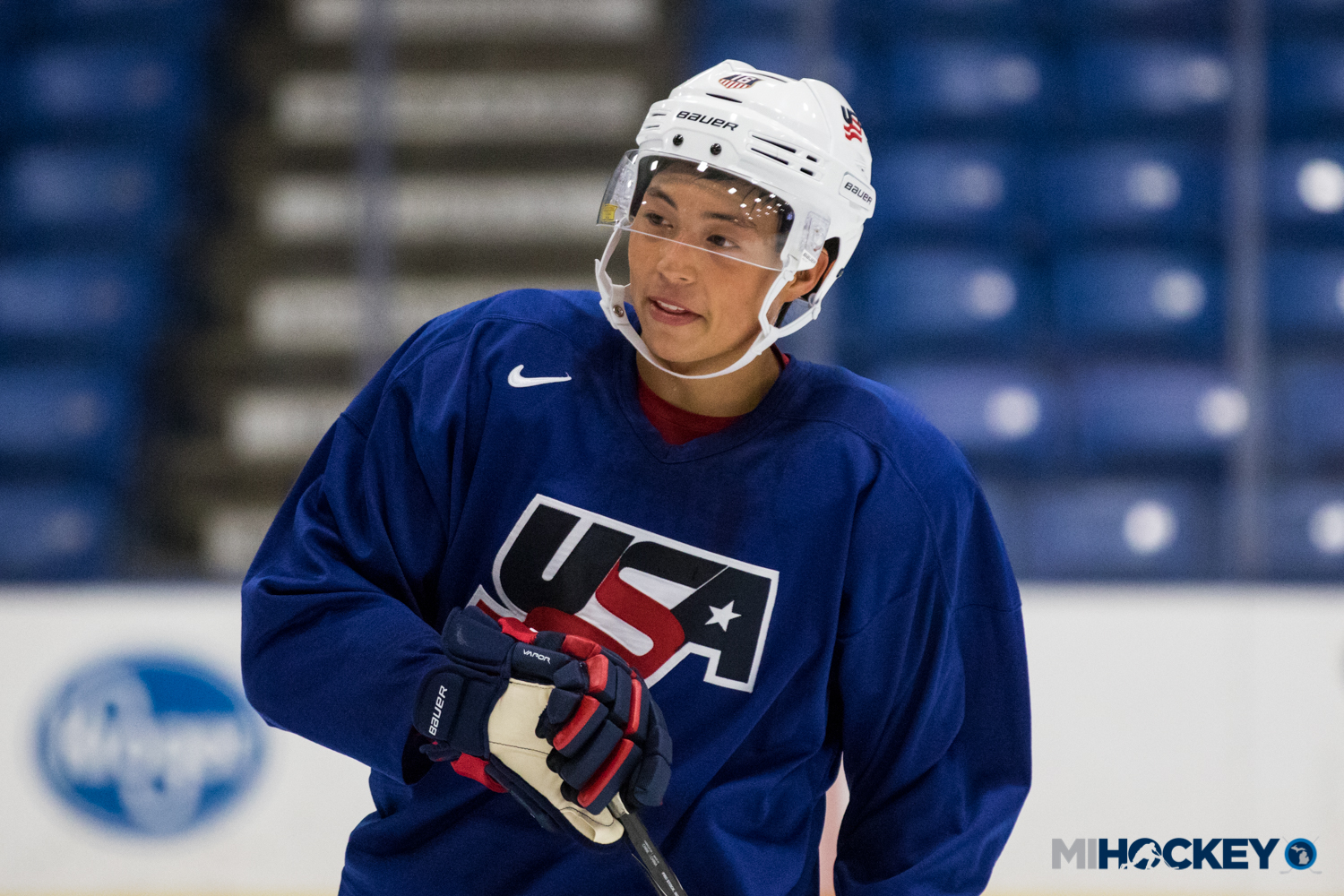 For this week, however, he gets to be back home in Hockeytown.

Robertson, who moved from California to Northville when he was 10 years old, is back skating in his hometown rink of USA Hockey Arena for the World Junior Summer Showcase.

“It feels pretty cool actually,” Robertson said. “I actually grew up playing at this arena when I was 11, 12 years old with Compuware back when the Plymouth Whalers were here, so to come back here, it’s probably been the first time I’ve skated here in three,four years so it’s pretty neat to see. I know when I was a little kid, watching all the junior guys playing, it’s really fun to finally be in their shoes.”

“My house is a couple minutes away from here, so it’s nice to be right next to home.”

From Compuware, Robertson played a year with Little Caesars and a year with the Detroit Kings AAA team before making the jump to the Greater Toronto Minor Midget Hockey League with the Don Mills Flyers.

He ended up being a fourth-round pick of the Kingston Frontenacs, and Robertson has thrived in the OHL ever since. After a sophomore season in which he posted 81 points in 68 games, he was labeled as a potential first-round pick. Robertson ended up being drafted in the second round of the 2017 NHL Draft by the Dallas Stars.

“After the first day, going into the second day of the draft, you kind of knew your name was going to be called relatively soon, so to finally have it called by the team like the Dallas Stars is really an honor because I knew Dallas is a great organization,” Robertson said. “I know with the players there, it’d be a good fit, so it was a really fun experience.”

It’s been a summer of firsts for Robertson; after being drafted, he took part in his first NHL Development Camp with his parent organization, and now he’s in his first Summer Showcase as a tryout for the U.S. World Junior team.

“It was my first time ever in Texas, so it was really cool to get there,” Robertson said. “It’s kind of similar to one of these camps here. This is one of my first USA camps and that was my first NHL camp, so going into it, just trying to showcase what I can do. You’re not trying to make the team from development camp; you just want to showcase, get a feel for everything. It was pretty similar to here, but back in Dallas, now they know a little bit more about me, I know a little bit more about them and we have a better connection.”

He appreciates his opportunity to skate in Plymouth for the next week.

“It’s really special. My first couple of USA camps in my career, so to get familiar with all the people here and all the players, it’s really nice, really nice to do.

“What I want to do is just perform as best as I can. I know I’m not making the decisions up there, I know I can’t and I know no players can, but I know what every player can do is try their hardest and be the best they can be, so I just want to showcase that and give myself the best chance to make the team.”

And while he’s back in town, he will be doing a little reminiscing about his youth hockey days.

“I played two years for Compuware and then the following year, played at The Joe with Little Caesars, and I look back at it now, back then there weren’t a lot of responsibilities, you just go out there and have fun and enjoy it,” Robertson said. “Sometimes you miss being that, but I think every year just gets more fun, especially last year being part of the Kingston Frontenacs, going to be part of Kingston this year. Every year gets better, but sometimes you reminisce on where you came from.”