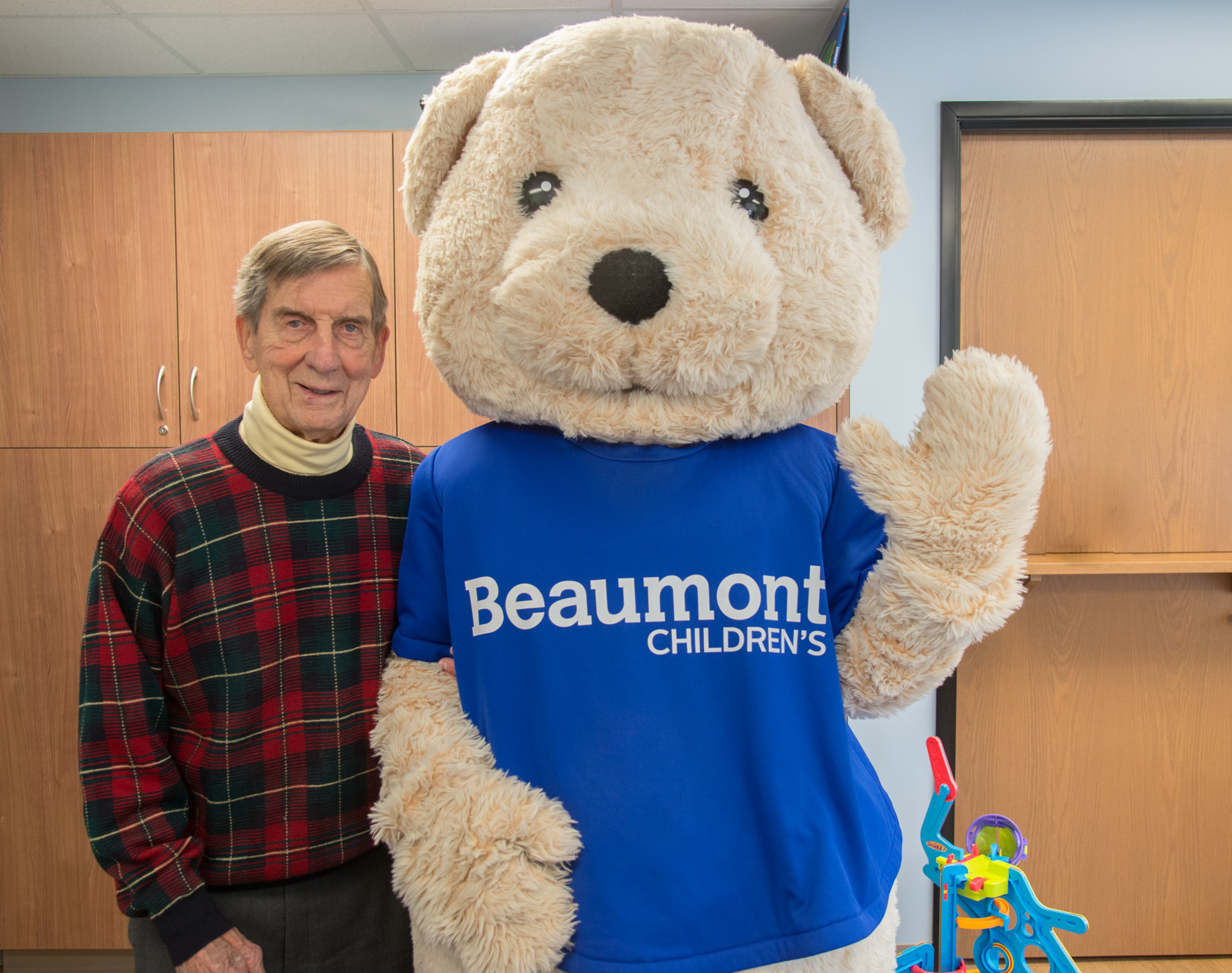 He helped the Red Wings build a dynasty, and he helped generations of National Hockey League players earn the wages they deserved.

Today, Ted Lindsay and the Ted Lindsay Foundation donated $1 million to Beaumont Children’s to bring three key services for children and families under one roof.

A 12,700 square-foot Beaumont Children’s Center in Southfield will house the Ted Lindsay Foundation HOPE Center, pediatric speech-language pathology and the Center for Human Development (also known as CHD). All three services in the same building will be a major help for families who often have to drive to multiple locations for appointments with different doctors, therapists and development experts.

In a press release, Lindsay talked about how the new building can help children like 5-year-old Carter Krol, who is on the autism spectrum. Carter’s mother, Jacelyn, spends most days driving him around from appointment to appointment – now, much of that will be done in the same location.

“I am looking forward to seeing how much this new center will help children like Carter,” the Red Wings’ iconic No. 7 said. “I’m so impressed by the new space and I know the convenience of having all three programs together will make parents’ lives easier and children’s therapy more impactful.”

Lori Warner, Ph.D., director of the HOPE Center and Center for Human Development, said Lindsay’s donation will allow for a great deal of help for children in need.

“Not only is there an improved physical flow and better use of space, but we can also observe different services conveniently,” Warner said. “Best of all, we will be getting to know one another much better and be able to collaborate on brainstorming new programs.”

“Mr. Lindsay’s passion for helping children with autism spectrum disorders inspires all of us,” said Margaret Cooney Casey, Beaumont Health chief development officer and president of the Beaumont Foundation. “We are so fortunate to partner with the Ted Lindsay Foundation on this wonderful project that will benefit children and families in our community.”