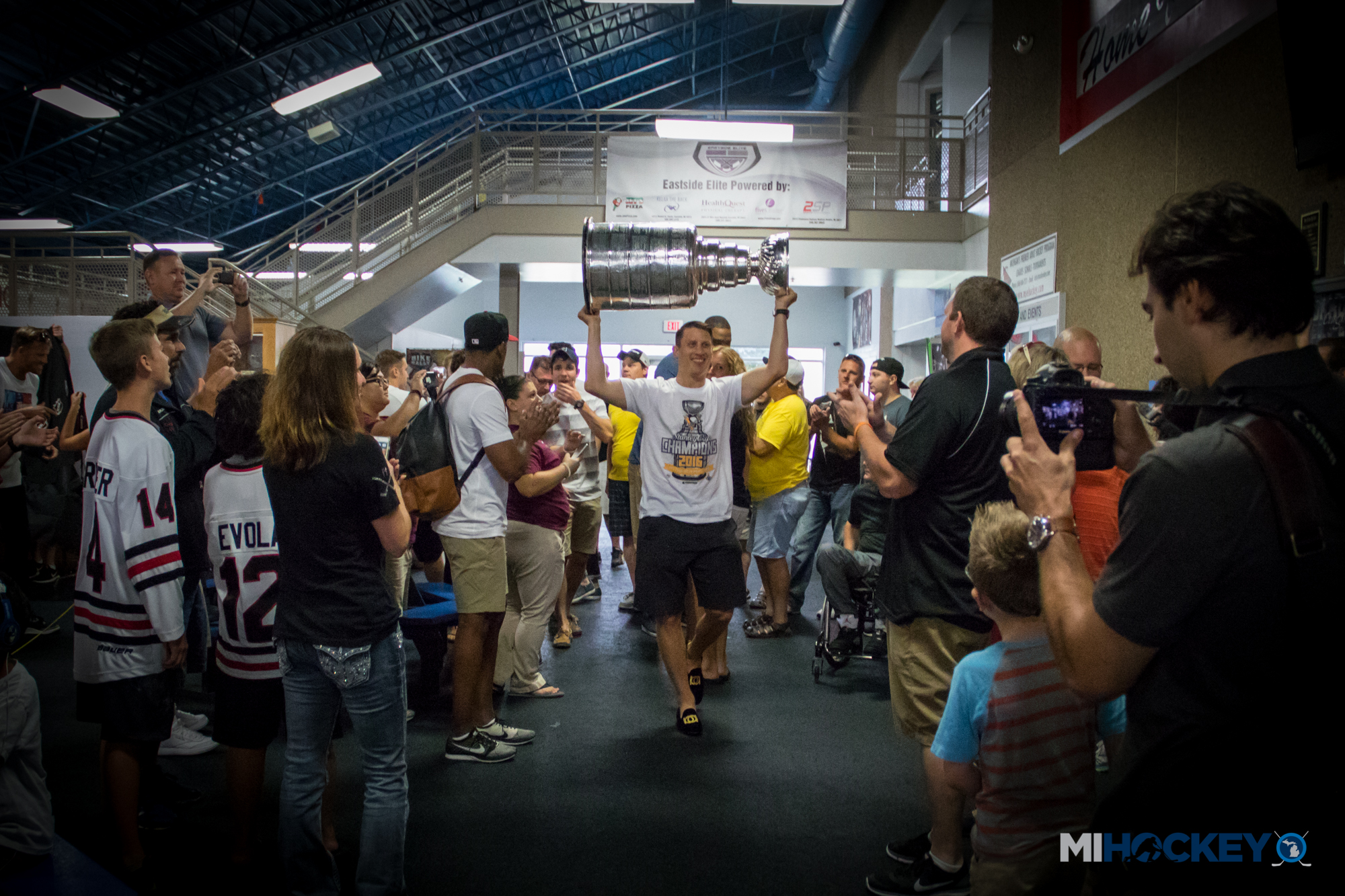 When hometown hero Steven Oleksy brings the Stanley Cup by for a visit, however, the place fills up in a hurry.

The Chesterfield native picked up Lord Stanley’s Cup at roughly 8 a.m. this morning, and after a short stop at his home, it was off to the local rink, where a line out of the building was waiting for the Pittsburgh Penguins defenseman. Former Detroit Pistons star Rick Mahorn – “he’s a buddy of mine,” said Oleksy – even showed up for the party.

The Lake Superior State alum greeted fans for roughly an hour before taking the Cup to his high school alma mater – L’Anse Creuse North. There, he posed for a photo with his new trophy at home plate of the baseball field where he used to roam; Oleksy earned a baseball scholarship at Oakland University before deciding to spend more time on the ice than the ball diamond.

After surprising the LCN football team with a trophy from a different sport, it was back into the limo for a trip back home; Oleksy had a limited amount of time with the Cup before it was off to another event.

The morning was more than enough time for Oleksy to have a memorable day with the Cup.

Oleksy’s mother echoed her son’s sentiments. Susan Oleksy talked about how proud she was of her son’s success – the 30-year-old blueliner spent four years in the ECHL, IHL and AHL before making his NHL debut in 2012-13 – and how thankful she was that he could bring the Cup to the Mount Clemens Ice Arena, where he runs his Eastside Elite Hockey League.

“I’m very proud of him, all of his hard work,” she told MiHockey. “I’m glad he’s part of the Cup.

“It’s very special that he can bring it back to the rink that he works out at all summer, runs his league at – he spends all of his summer at the Mount Clemens Ice Arena. I’m pretty proud that all the people have come here to see him, all the people here and from our hometown of Chesterfield.”