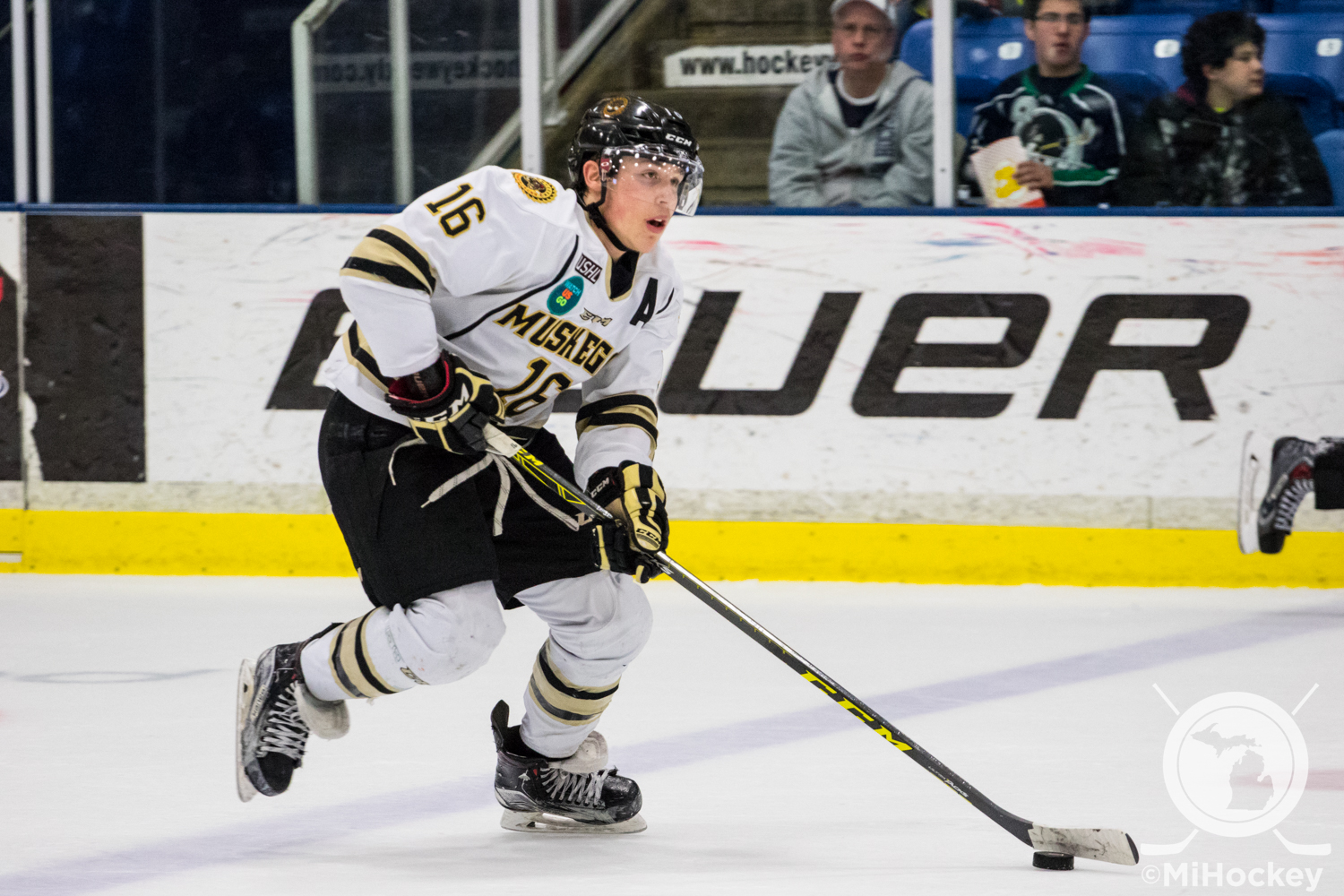 Rem Pitlick, last year’s USHL Player of the Year, announced in an exclusive interview with the USHL today that he has decided to make the jump to NCAA hockey and join the Minnesota Golden Gophers for the 2016-17 season.

“This decision doesn’t come easy. I had a great time in Muskegon and really enjoyed working on and off the ice with the staff and my teammates, they all helped me become a better player,” said Pitlick. “I’ve considered myself a late-bloomer at most levels and wanted to leave my options open to come back to the USHL in case I needed a little bit more time, but after all the hard work this summer I feel comfortable of where I am at as an athlete and want to further my development at the University of Minnesota. Ever since I announced my commitment there it has been a goal of mine to come in and make an impact, and I think with the support of the Gophers staff I can do that.”

Pitlick was reportedly leaning towards returning to Muskegon for another season at the conclusion of the 2015-16 season. In his lone full campaign with the Lumberjacks, he posted 46 goals and 89 points, which led to USHL player and forward of the year awards, as well as USA Hockey junior player of the year recognition, as well.

The Lumberjacks were informed of Pitlick’s decision earlier this week, according to the USHL article.

“The Muskegon Lumberjacks are proud of Rem and his decision to head to the University of Minnesota,” said Muskegon GM John Vanbiesbrouck. “As GM of the Lumberjacks and USA Hockey VP of Junior Hockey, I am a strong believer that player development is a process and the path for players varies based on their situation. In Rem’s case he played in the USHL for two years, including last year’s dominant MVP performance. He took time this offseason to contemplate and evaluate his options and chose the one best suited for his situation. It was well thought out and we believe he will enjoy an amazing college hockey career at the University of Minnesota.”