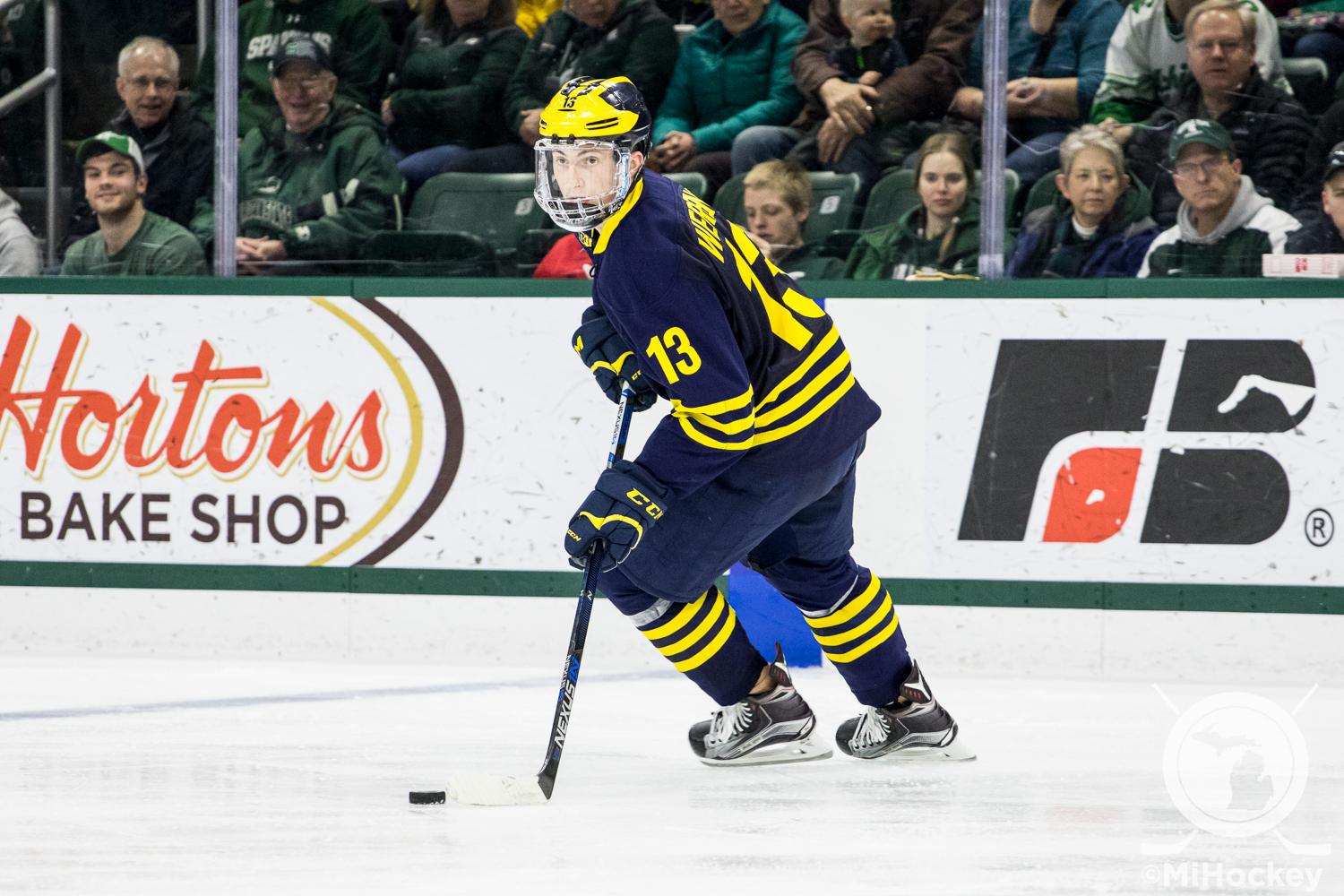 The Big Ten is announcing their end-of-season awards, and Zach Werenski is the first player honored.

The University of Michigan defenseman has been named the B1G Defensive Player of the Year after an impressive sophomore season.

Werenski, a Grosse Pointe native and NTDP product, led all Big Ten defensemen with 14 assists and 18 points in conference play.

The Columbus Blue Jackets’ first-round pick in last summer’s NHL Draft has nine goals and 19 assists on the season, which gives him three more points than last year.

He is a sophomore eligibility-wise, but he’s also the same age as most freshmen, after Werenski graduated from high school a year early to join the Wolverines as a 17-year-old defenseman last fall.