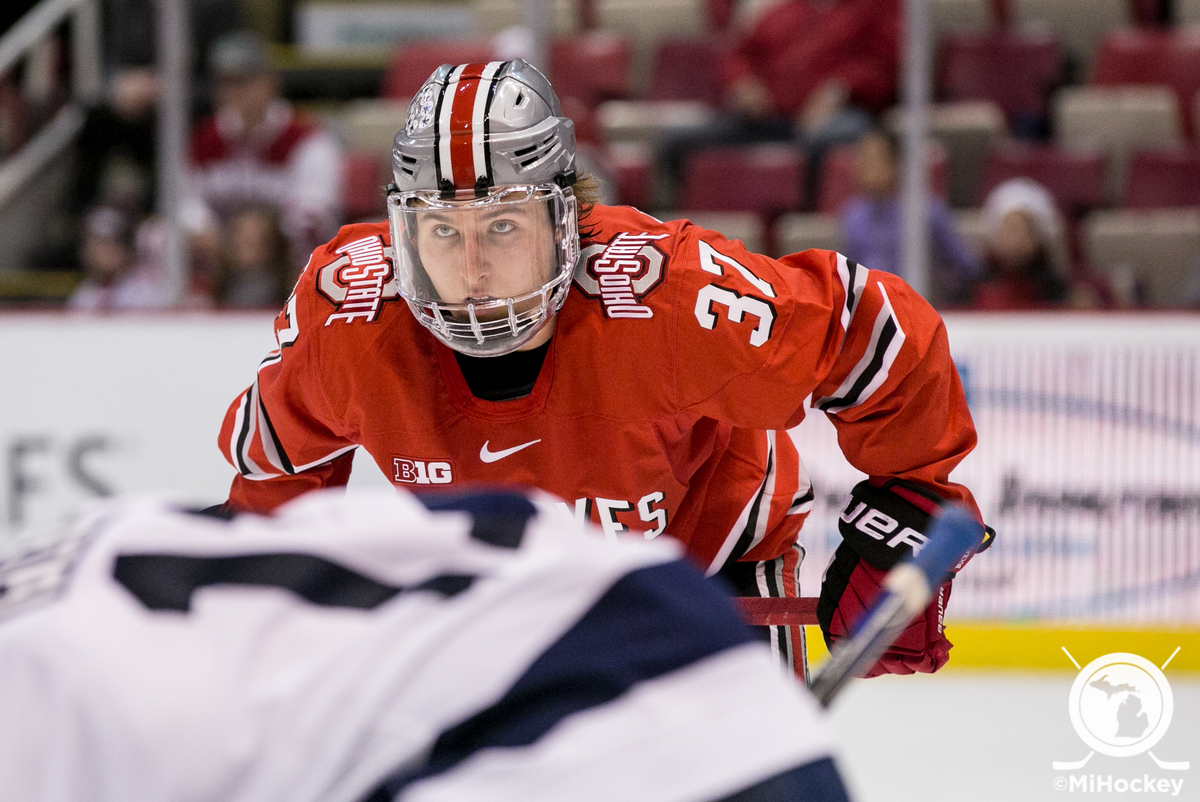 Two Michigan names have claimed the top two spots on the Big Ten stars of the week list.

Marysville native Nick Schilkey was named the first star of the week – for the second time in as many weeks – after helping his Ohio State Buckeyes to a weekend sweep of the Wolverines. Meanwhile, Michigan State goaltender Jake Hildebrand was named the second star after earning a weekend split with Minnesota.

Schilkey, a junior forward with the Buckeyes, posted an assist in OSU’s road victory on Friday, then scored two goals – including the overtime game-winner – in a Sunday afternoon showdown in Columbus.

He has been on the Big Ten weekly stars list the last three weeks.

Hildebrand led the conference with a .945 save percentage and a 1.51 goals-against average in his two meetings with Minnesota, stopping 24 shots on Friday and then 28 in a 5-0 shutout victory on Saturday.

It is Hildebrand’s 10th career Big Ten weekly award, and first this season.