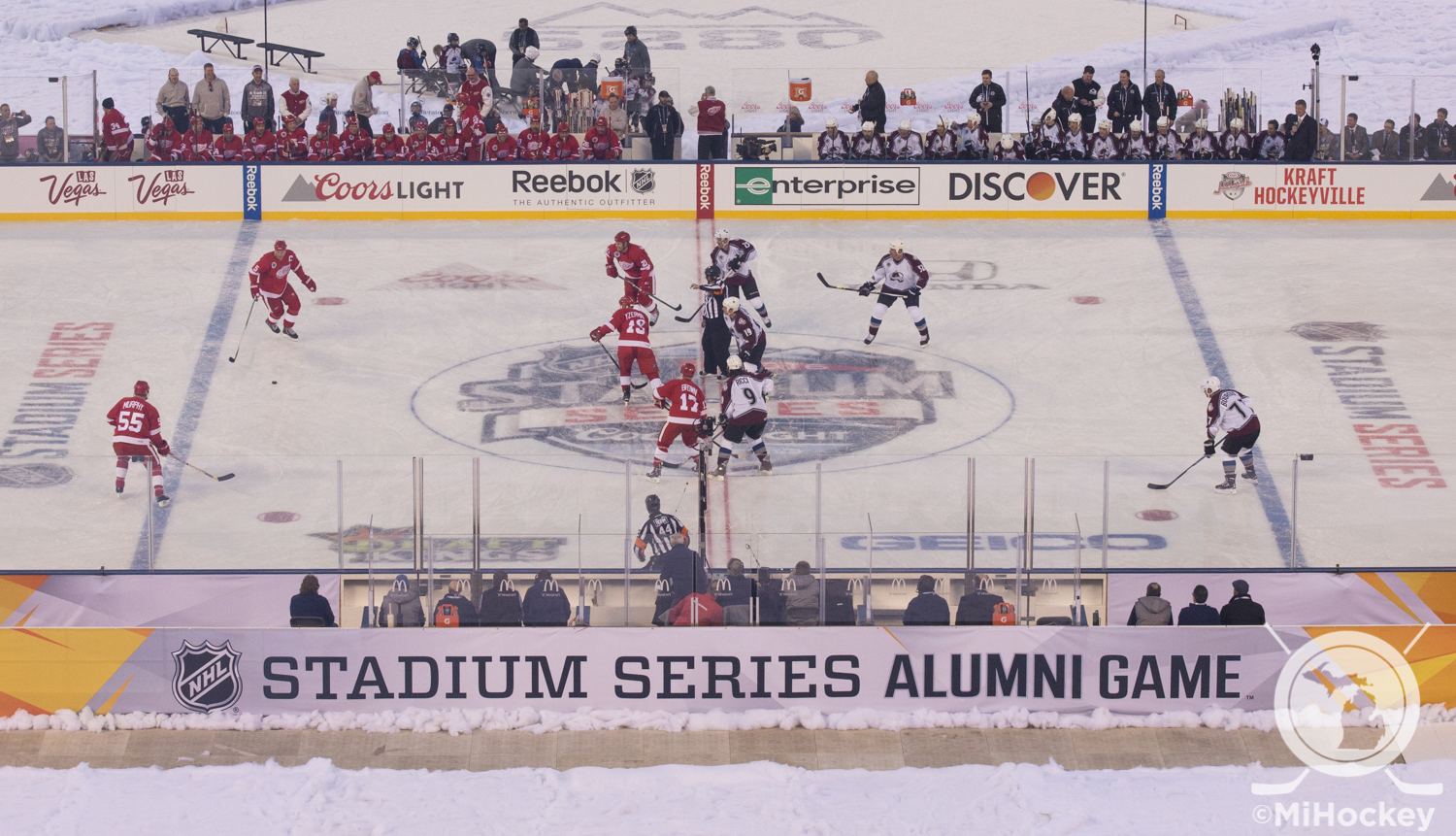 DENVER – Not many rivalries could pull an NHL general manager away from his office three days before the trade deadline.

Then again, not many rivalries are like the one between the Detroit Red Wings and Colorado Avalanche circa 1990s.

Friday evening, Tampa Bay Lightning GM Steve Yzerman and 21 of his fellow Red Wings alumni shook off some rust and laced up the skates to face off against the longtime rival Avalanche alumni in an outdoor game at Coors Field.

“Joe [Kocur] called me last year when they announced they were having the game, so I said, ‘Absolutely, I’ll come and play,” Yzerman said. “I didn’t know it was going to be on the deadline weekend.”

When Yzerman suited up for the 2014 Winter Classic alumni matchup between the Red Wings and Toronto Maple Leafs, he was a last-minute add. This time around, he was quick to commit.

Maybe he misses the game. Maybe he was eager to get back on the ice.

Or maybe it’s the allure of Red Wings and Avalanche greats taking the ice one more time.

The same allure that drew more than 43,000 to an MLB stadium to watch a bunch of former NHL’ers rekindle a 15-year-old rivalry that’s since ebbed away.

The same allure that had fans, media and players going “remember that one time!?” for weeks leading up to the game. Remember when Kris Draper broke his face on the boards? Remember when Shanahan laid an open ice body check on Patrick Roy? How about the one time McCarty and Lemieux dropped the gloves before the puck even hit the ice?

“I think it shows that so many people wanted to see us play one more time against one another, and kind of wanted to relieve some of the moments that we had in the past,” said Nick Lidstrom.

The gloves didn’t drop like they did in the old days. But fans got to witness the players who developed perhaps the most intense rivalry in sports take the ice together for likely the last time.

For Yzerman, it was a last chance to take the ice with some of the Avs players who were there for some of the highs and lows of his playing days, and the teammates who experienced the emotions with him.

Yzerman ties it up on the rebound. #StadiumSeries #RedWings #Avs pic.twitter.com/XxXnNqOyn8

And everyone got to witness some old magic return to the ice as No. 19 found the back of the net with the Wings down a goal.

With minutes to play, a montage of highlights from the late ‘90s and early ‘00s played. Red Wings and Avalanche fans stood and clapped as one as “Thanks for the memories” flashed across the screen.

“It was kind of neat, honestly,” Yzerman said. “It was really a kind of special moment for us all. It’s been a pretty good rivalry and the chants with the fans and everybody in unison, that’s never happened before.”

MORE: Red Wings talk about the alumni game against the Avalanche