We often hear about young hockey players that perform really well at team tryout camps and combines in the summer months. In my opinion players and parents spend far too much time and money trying to attend these things. Most often people do these things in an attempt to get noticed or discovered. However, the most important thing a young player can do to get recognition is to perform well on your regular, winter ice hockey club. Scouts and managers are not going to use summer time performance to make decisions about players over regular season performance. Remember, the best players in the world do not play hockey in the summer months. They train to improve their hockey playing ability. 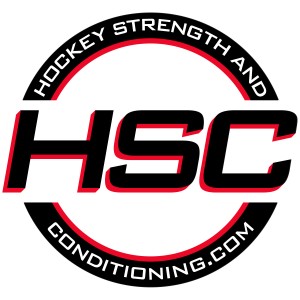 Also, I feel that combine results are of very low value. First, it is generally accepted that the tests performed at combines are not accurate indicators of athletic ability or hockey playing potential. What is important at the combine is how the players carry themselves and how they interact with others.

Here is a very good quote from an article published in The Journal of Strength and Conditioning Research in September of 2008:

“It has also been suggested that because scouts already have a good idea of how players are ranked on the basis of game play, if deciding between two equally ranked players, scouts may actually choose a player who scores lower on a given test. In theory, if a player has significant room to improve on a particular physical attribute compared with an equally ranked rival, he can be coached to work on his weakness, thus raising it to a level equal to or better than, the other player “(1).

This study analyzed the draft combine results of 853 players collected over several seasons. Also, it is interesting to note that one of the article’s authors is EJ McGuire, was the Head of NHL Central Scouting. What does matter at the combine is the way a player carries himself and interacts with those around him.

After I present people with these facts they often ask, “How do I train to improve hockey performance?” The answer to this is simple. A good strength and conditioning program geared towards making you faster and stronger. Develop some strength in the torso and back musculature along with lots of hip and leg power. Forget the bench press for reps, sit-ups, and wrist curls. Do things what will fill out your frame to athletic proportions such as Olympic style lifting, squatting, and pulling exercises. Also, you can skip the spinning classes and jogging. Instead, perform some intensive interval training for cardiovascular endurance. Here are some more good facts from the combine data analysis.  “The ability to generate high amounts of power was universally related to hockey success…Body index (height, lean mass, muscular development) was a significant predictor in all four models, which is likely associated with the full-contact nature of ice hockey” (1).

With all this being said, don’t be in a hurry. Too often players and parents want to accelerate the process. There is no need to play up in age group or travel all over the country for tournaments. Very few players are ready for junior level hockey by age 15. In fact, these things often stunt development rather than accelerate it. Instead, take time to develop and grow. Put in the time training to gain size, strength and power. These very important traits take time to improve. It takes several years of good strength and conditioning training for a player to attain good levels of muscular size and strength.

In fact the average age of an NHL rookie was 22.74 years old in the 2014-15 season.  There are very few 18 and 19 year olds in the NHL, so why hurry? Let’s take a look at some of the best NHL players that developed after the age of 17 or 18 when draft eligibility occurs. This is a list of some dynamic NHL players that entered the league as undrafted free agents and where they played college/junior hockey:

Advantage Strength and Conditioning’s fall training programs begin on Sept. 14. Click on the image below for more information.