Start planning out your third week of September, folks.

The Detroit Red Wings announced the schedule for the 2014 edition of their annual NHL Prospects Tournament, which will once again be held at Centre ICE Arena in Traverse City from Sept. 12-16.

Here is the schedule: 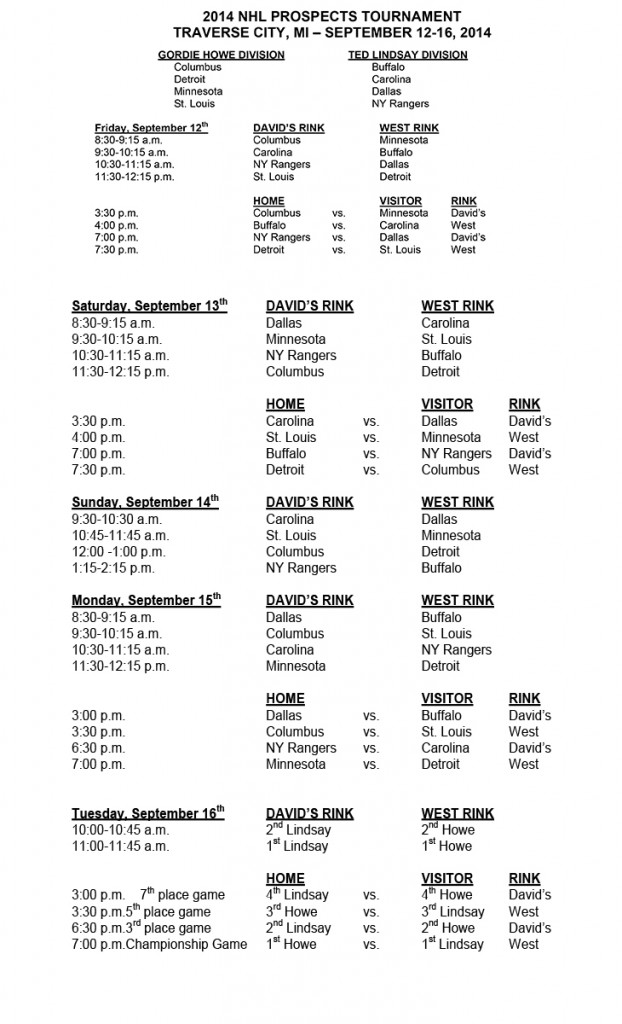