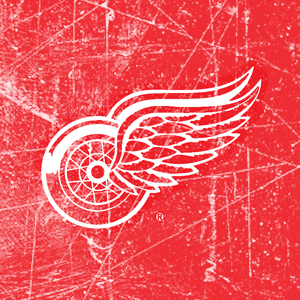 The Red Wings were left looking for offense after a disappointing 1-2-0 start. Thanks to Pavel Datsyuk and Todd Bertuzzi, they found it.

In his first game of the year, Bertuzzi was paired with Datsyuk, and coach Mike Babcock’s decision paid off, as the duo combined for three goals and two assists in a 5-3 Detroit win over Minnesota.

Datsyuk had a goal and two assists from highlight-reel passes, while Bertuzzi had a pair of goals in his return to the line-up. The 37-year-old had a bad case of the flu (originally diagnosed as mononucleosis) and missed the Wings’ first three games.

Damien Brunner and Henrik Zetterberg also scored for the Red Wings, who improved to 2-2-0 on the season with the home win. Jimmy Howard made 23 saves to pick up his second win of the season.

Bertuzzi said the best part of his return was simply getting a win on home ice.

“Just the win – I liked our compete level,” he said in his Fox Sports Detroit post-game interview. “First period a lot of penalties against, I think they had four or five, so it really killed a little bit of the momentum and all that. But we stuck with it and had a great second period, and then in the third we continued it on.”

While Bertuzzi and Darren Helm both returned to the line-up, so too did the Red Wings’ power-play success. Detroit scored their first two man-advantage goals of the season; Brunner’s goal came on a power play just 13 seconds into the second period, while Datsyuk’s lone goal came with the man-advantage at the 17:24 mark of the same period.

Zach Parise scored two of the Wild’s goals; the former New Jersey Devils captain was booed by the fans at Joe Louis Arena throughout the contest. He, along with Ryan Suter, both said no to the Red Wings this summer in highly-publicized free-agent courtships.

Tom Gilbert scored the other goal for the Wild, who dropped to 2-2-0 on the season. Friday’s game at Joe Louis Arena was the Wild’s first road game of the shortened NHL season.